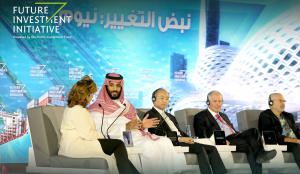 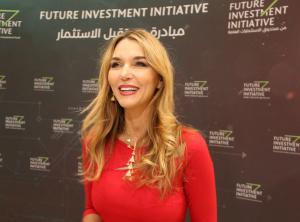 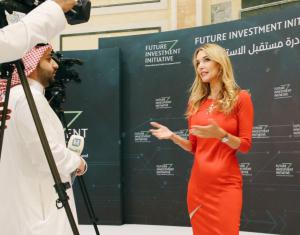 We are honored and excited to work with the Public Investment Fund leveraging from a powerful US-Saudi collaboration as a participant in the historical transformation shaping the future of the Kingdom”
— Barbara D'Amato, CEO. Trilogy Brands Group

Barbara D’Amato, CEO of Trilogy Brands Group was invited by the Government of Saudi Arabia to participate in this historical forum among a select group of top-tier global business leaders, investors and thinkers from across the world, at the invitation of the Kingdom of Saudi Arabia’s Public Investment Fund, one of the largest funds in the world with assets estimated at over $180 billion.

“We are honored and excited to work with the Public Investment Fund leveraging from a powerful US-Saudi collaboration as an active participant in this historical transformation shaping the future of the Kingdom and the world, in essence, creating a highway for the monetization of brand value on a global scale”, added Barbara D’Amato.

The FII forum is not open to the public. Its immediate goal is to create regular events to be held over the course of the years to examine global business trends, ultimately, helping to shape PIF’s investment strategy in line with the Kingdom’s Vision 2030.

According to Arabian Business, PIF's managing director Yasir Bin Othman Al Rumayyan said: “The Future Investment Initiative will provide an unprecedented opportunity for many leaders and influencers around the world to better understand the future of the global investment landscape. It will also act as a platform to showcase the PIF’s redefined investment mandate and strategy, as it progresses towards becoming the world’s largest sovereign wealth fund.”

It was a tremendous 3 days with our spectacular speakers and attendees at #FII2017, hear what CEOs & global investors think about it.