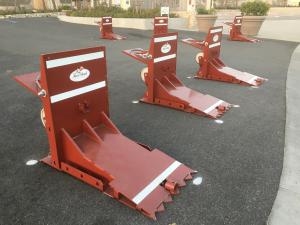 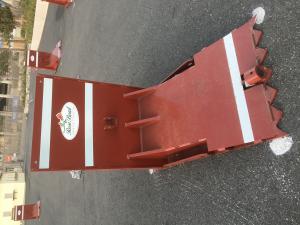 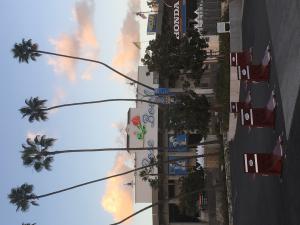 In addition to the paramount need for public safety, the Rose Bowl Stadium is pro-actively protecting the venue’s reputation and economic impact with an engineered vehicle mitigation solution.”
— Meridian CEO Peter Whitford

“It is very important for a global landmark such as the Rose Bowl to be a first-mover in this type of perimeter security,” said MRDG Founder and CEO Peter Whitford. “In addition to the paramount need for public safety, the property is pro-actively protecting the venue’s reputation and economic impact with an engineered vehicle mitigation solution.”

Archer 1200 Barriers are portable, modular and easily moved to allow emergency vehicle access or to react to developing needs. The unique security solution allows for the ability to address problem areas as well as harden perimeters in response to changing threat situations.

“Vehicle mitigation is a critical security need for all public venues,” says Rose Bowl Stadium COO George Cunningham. “The Rose Bowl Stadium is a venue that appears on the world stage. It is vital that the latest security technologies are in place to protect our patrons and staff, alike.”

Archer 1200 Barriers were recently deployed in the city center of New Orleans for the Mardi Gras parade. Painted a festive canary yellow, the barriers allowed free pedestrian flow and emergency vehicle access, through the streets while providing a solid perimeter to unwanted vehicles. The barriers are made of ballistic-rated steel for armor piercing NATO rounds up to .50 cal. ball rounds. This feature was required for deployment in Los Angeles for the 55th GRAMMY Awards as law enforcement was on heightened alert during the manhunt for rogue police officer Christopher Dorner.

MRDG products are also deployed at U.S. military installations including Fort Wainwright, Alaska and Kandahar Air Force Base; the ports of Long Beach and San Diego, Shell Motiva Oil & Gas Refinery, NFL and Major sporting stadiums and with the California Water Board.

About Meridian Rapid Defense Group
MRDG is headquartered in Pasadena, CA and operates in the U.S., Europe, Asia and Australia as perimeter security specialists. MRDG develops anti-vehicle barrier systems that are engineered for speed of deployment. The flexibility of the system allows tactical or military forces to quickly secure politically, economically or environmentally important sites for short and long durations. Their product line is focused on anchored and unanchored portable vehicle mitigation barriers as well as the supporting elements that ensure a fast and effective deployment.