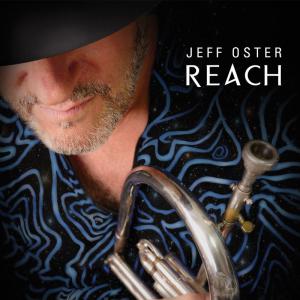 REACH is the latest album by horn player Jeff Oster, who is playing at House of Blues New Orleans this Saturday. 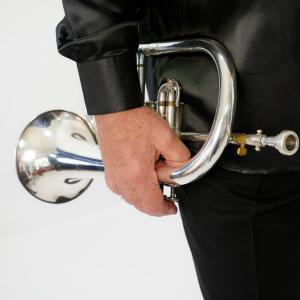 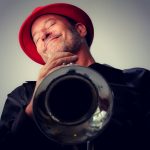 Retso Records announces that Jeff Oster is a nominee in both the Zone Music Reporter (ZMR) Awards and the Independent Music Awards (IMA) for his album REACH.

Oster was named by Music Resource Group’s Independent Music Awards on April 10, 2019 as a Best New Age Album nominee for his latest album REACH, and for Best New Age Song nominee for a song from that album titled “Five Great Mountains.” Oster is slated to attend the 17th IMAs on June 21-22nd in NYC; tickets are available to the public. The annual IMA ceremony and Independent Music Party industry event celebrates the year’s best artists and their fans with showcases, presentations, parties and awards in thirty-six genres of music, from A Capella to World Traditional, and more than 100 Album, EP, Song, Video, Producer, Photography and Design categories. More info: https://www.symphonyspace.org/events/vp-the-17th-independent-music-awards-ceremonies

Oster has also garnered several award nominations as a member of the New Age ensemble FLOW, along with Will Ackerman, Fiona Joy Hawkins, and Lawrence Blatt. On April 23rd, FLOW became a finalist for three Peace Song Awards: Best Acoustic Contemporary Song (“Flow”), Best Jazz Song(“Waiting for Sunshine”), and Best Music Video (“Free Ascent”). The winners in each category will be announced during the PSA Special Awards Ceremony on September 21st, 2019 in Los Angeles, CA. FLOW is also an IMA nominee for this year’s Best New Age Song award for “Last Light,” from the forthcoming second album by FLOW.

According to Jonathan Widran, of The JW Vibe, “For more than a decade now, Jeff Oster has been one of new age music’s most transcendent anomalies, carving out a major, multiple-award winning niche in the genre while playing lead instruments (trumpet and flugelhorn) much more common to, and associated with, jazz. His music has long been the place where Miles Davis jams with Pink Floyd, and his many accolades (including four Zone Music Reporter Album of the Year wins and many #1s on the influential Echoes radio program) reveal that his uniqueness is powerfully celebrated by the musicians and fans of his chosen genre.”

“There is something truly liberating about REACH,” says Oster. “As the title implies, I may not know where my life’s next destination is, but I do know there’s beauty in reaching for something I’ve never done musically to capture the essence of a live performance. I have always sounded much different onstage than in my recorded music, and working with Ruslan Sirota and his incredible musicians opened me up to exploring fresh territory."

Media inquiries for Jeff Oster and REACH are welcome; please contact Beth Ann Hilton, The B Company, bethhilton(at)thebcompany(dot)com, or 310-560-8390.