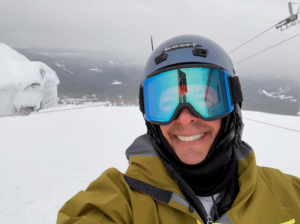 Greenberg, accompanied by his two grown-up sons, will travel approximately 15,000 kilometers from his home in Oregon to Tanzania in north-easternmost Africa to undertake the challenge of a lifetime. "Even as keen hikers and climbers, our trip to Tanzania to climb Mount Kilimanjaro definitely represents our most significant challenge to date," he explains.

Tanzania is known for its vast wilderness areas, including the plains of the Serengeti National Park, home to rhino, elephants, lions, leopards, and buffalo, while offshore lie the tropical islands of Zanzibar and Mafia, with the latter, in particular, home to whale sharks and an abundance of incredible coral reefs.

Despite being located on the Earth's equator, because climbing Mount Kilimanjaro involves ascending close to 20,000 feet, much of the trek consists of tackling immense cold. "Our mission to summit the incredible Mount Kilimanjaro will see my sons and I initially head out through open grassland and dense jungle before reaching alpine forests and magnificent but unforgiving arctic tundra," reveals Douglas Greenberg.

"We're under no illusion about the mammoth challenge which lies ahead," he adds, wrapping up, "but we cannot wait to begin our adventure."

Texas-born father of two Douglas Greenberg is a resident of Lake Oswego, located 10 miles south of Portland, Oregon. A graduate of the University of Pennsylvania's Wharton School of Business Executive Education programs and a former Morgan Stanley executive director, wealth advisor, and senior portfolio manager, Greenberg is known for his problem-solving skills, as well as specializing in alternative investments and asset allocation. A fan of professional soccer and basketball, Douglas Greenberg holds a Bachelor of Science degree from the University of Texas at Dallas and, in his spare time, enjoys hiking, sailing, and wine tasting in addition to travel, skiing, and scuba diving.