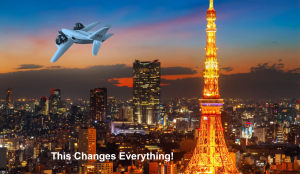 TriFan 600 is Coming to Japan? 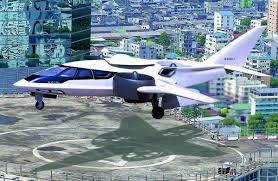 DENVER, CO, UNITED STATES, August 19, 2019 /EINPresswire.com/ — XTI Aircraft Company (XTI) announced today that it has received a utility patent from the Japanese Patent Office for the technology and configuration of the company’s TriFan 600 vertical takeoff airplane.

“This follows consistently with issuance of the patents we’ve received from the U.S. Patent and Trademark Office,” said Robert LaBelle, Chief Executive Officer of XTI. “The patent issued by Japan provides further protection for our unique aircraft in a significant market for us, and enables us to continue to expand our global market,” said LaBelle. “This also expands the value of our IP assets and adds to our announcement from earlier this month.”

On August 5, 2019, XTI announced that due to success under its $25 million Series B private placement, the company is likely to close its equity crowdfunding campaign on the StartEngine platform, https://www.startengine.com/xti-aircraft, before the end of 2019.

“We conducted a series of successful initial hover tests earlier this year, we announced a major collaboration with GE Aviation at Oshkosh last month, and we’ve received 81 orders for the airplane so far,” said LaBelle in that announcement. “That represents over a half billion dollars in gross revenues upon delivery.”

The company also announced in August that it is currently planning to enter into arrangements with one or more “Alternative Trading Systems” or secondary markets for all XTI shareholders to have the opportunity to offer to sell their shares on a secondary market. For example, XTI is following StartEngine’s plans to provide such a platform, which they announced on July 26, 2019. “StartEngine Secondary” will create liquidity for investors and allow them to buy and sell shares purchased in companies that have previously raised capital on StartEngine, including XTI. This secondary market will give investors the possibility of earning a return before the company they invested in gets acquired or goes public.

StartEngine Secondary will provide a regulated process for raising capital and for secondary trading in the private market. If established by StartEngine, this service will be regulated by the U.S. Securities and Exchange Commission and the Financial Industry Regulatory Authority and may provide liquidity for XTI shareholders who want to sell shares at the price offered by buyers who are trading on that platform.

The shares won’t become tradeable until XTI closes its crowdfunding campaign. XTI will announce the date if and when trading on the StartEngine platform becomes available. “XTI will continue to sell shares for $1.50 on StartEngine until the offering closes,” LaBelle added.

“Our offering on the StartEngine platform has provided and continues to provide a rare opportunity for unaccredited and accredited investors around the world to own a piece of the future of flight,” LaBelle said. “The TriFan 600 vertical takeoff airplane will transform air travel forever.”

The TriFan is a major breakthrough in aviation and air travel. The six-seat TriFan 600 will have the speed, range and comfort of a luxury business aircraft and the ability to take off and land vertically, like a helicopter. It will travel at 345 miles an hour, with a range of up to 1,200 miles. Using three ducted fans, the TriFan lifts off vertically. Its two wing fans then rotate forward for a seamless transition to cruise speed and its initial climb. It will reach 30,000 feet in just ten minutes and cruise to the destination as a highly efficient business aircraft.

“The market continues to recognize the value proposition of our unique and revolutionary airplane and its patented technology,” said LaBelle. “Vertical takeoff combined with long-range, the speed and comfort of a business aircraft, and our quieter and cleaner state-of-the-art hybrid-electric propulsion system.”

Shares in XTI may be purchased for $1.50 a share at https://www.startengine.com/xti-aircraft, providing a unique opportunity for the general public to invest in an aerospace company with a game-changing product, a world-class leadership team, and what the company believes presents significant growth potential. Potential investors should read the Offering Circular before investing.

ABOUT XTI AIRCRAFT COMPANY
XTI Aircraft Company is a privately owned aviation business based near Denver, founded in 2012. XTI is guided by a leadership team with decades of experience, a deep well of expertise, and success bringing new aircraft to market. XTI is founded on a culture of customer-focused problem solving to meet the evolving needs of modern travelers.

For information and updates about XTI Aircraft Company and the TriFan 600, visit www.xtiaircraft.com . To invest, go to https://www.startengine.com/xti-aircraft, or accredited investors may contact Mr. LaBelle at rlabelle@xtiaircraft.com (571) 216-1594. For information on reserving a priority position for the TriFan under the Company’s pre-sales program, contact Mr. LaBelle.

YOU SHOULD READ THE OFFERING STATEMENT BEFORE MAKING ANY INVESTMENT.