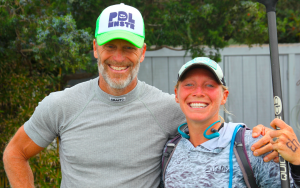 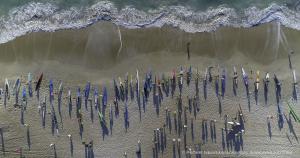 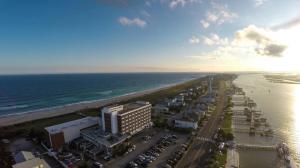 Wrightsville is back, stronger than ever, and we are glad to welcome back the paddling community for the 9th annual Surf to Sound Challenge.”
— Mark Schmidt

“Hurricane Florence was a direct hit at Wrightsville Beach with over $20-billion in damages in our state,” said Mark Schmidt, Race Director. “Wrightsville is back, stronger than ever, and we are glad to welcome back the paddling community for the 9th annual Surf to Sound Challenge.”

Surf to Sound Challenge, sanctioned by the World Paddle Association, attracts amateurs and professionals around North America to a key year-end series of races and clinics featuring paddleboard, outrigger canoe, kayak, and surf ski. All races begin and end on the ocean or sound at host hotel Blockade Runner Beach Resort.

–The Surf to Sound Challenge, a 6.5-mile course for elite paddleboard and prone competitors. The race begins through the ocean surf, onto the Atlantic Ocean, plying the rushing waters of Masonboro Inlet, into Banks Channel, and to the finish line on flatwater.

–The Harbor Island Outer Loop, a scenic 3.5-mile race circumnavigating the island and designed for beginner to intermediate standup paddleboard and prone athletes.

–The Kid’s Race, for paddleboarders 6 to 14, is on the soundside. All kids are winners in this fun event.

–The Corporate Challenge Relay, a relay sprint with six four-person teams using identical equipment in a standup paddleboard race from the soundside beach, around a buoy in the channel and back. The gear for this competition provided by the Wrightsville Beach Paddle Club (One Design boards by SIC, plus paddles, leashes, and flotation devices).

Current title-holders for both the 6.5-mile Surf to Sound Challenge and 9-mile Blockade Runner Flatwater Championship are Olympic Gold Medalist Larry Cain of Canada and native North Carolinian April Zilg. Zilg is ranked second in the world by the Association of Paddle Professionals in the Women’s Sprint and Overall categories.

“The downwind run was really fun,” said Larry Cain, after winning his fifth Surf to Sound Challenge elite men’s title in 2017. “We got to the jetty in an incredibly fast time. But as we made the turn, it was the typical Carolina grind, facing lots of current and a pretty strong wind.”

“It was a slog. We were hit pretty hard,” said April Zilg, capturing her third consecutive title in 2017 in the elite women’s division. “I was struggling to hold above four miles-per-hour.”

A portion of the proceeds from North Carolina Surf to Sound Challenge will go to The Plastic Ocean Project, with a mission to address the global plastic pollution problem and create a more sustainable future.