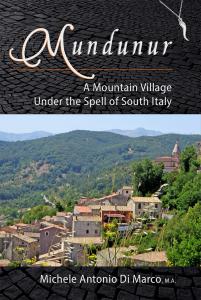 Side view of Mundunur village with Mt. Meta in the background. 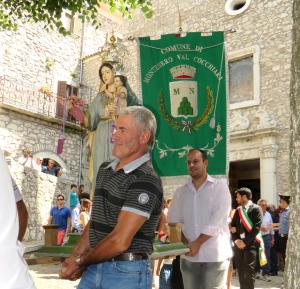 Departing the main church with statues of saints who bless the village. 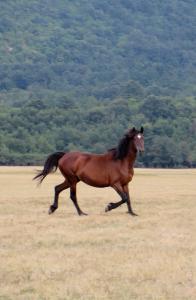 The wild breed of Pentro horses roam the valley below the village.

A Mountain Village Under the Spell of South Italy

SANTA FE, NEW MEXICO, USA, November 25, 2019 /EINPresswire.com/ — Mundunur: A Mountain Village Under the Spell of South Italy, the recent title from Via Media Publishing, focuses on an ancient mountain village and its interrelationship with south Italy. Mundunur is located eighty miles east of Rome in Molise, the second smallest region in Italy, the youngest region, and the least known. The thorough coverage this book provides make it the turn-to reference for the village and for understanding the many other villages of south Italy.

In order to produce this work, author Michele DiMarco utilizes field research, scholarly references, and numerous documents from the village municipal and parish archives, the State Archives in Isernia and Naples, and the Vatican Apostolic Library. A wealth of cultural and societal details enrich the narrative that take the reader through each page.

Early chapters set the stage for readers with descriptions of the land, flora and fauna where Mundunur is located. Humans made the first paleolithic settlement only twenty miles from the village. Later chapters take the reader through the centuries when the land was under the Samnites and Romans, to the founding of the village on the lands of the Abbey of San Vincenzo al Volturno just over one thousand years ago. Since then, invasions from the north and south played heavily on Mundunur, although the daily labors of the village peasantry remained unchanged. Official censuses made in 1447, 1753, and 1865 provide fascinating details about Mundunur and the lives of dukes and serfs living there.

Fractured by social-political pressures from foreign powers and internal rebellions, the southern regions eventually came under the forced unification of Italy. While Mundunur inhabitants and other southerners were living at a bare subsistence level, they also soon came to face two world wars. In addition, major earthquakes and epidemics took a toll on the village. Political changes lead to rebellions and arrests in Mundunur and throughout the south. One of the solutions strongly supported by the government to existing problems was emigration.

This book fills a void in local historiography for the Molise region and offers insights on the history and evolution of hundreds of small villages throughout the south. Others will equally enjoy the story of Mundunur as a metaphor of their own ancestral village or town, regardless of country—or even see the village as a microcosm of the world where the forces of history and culture forge the character of people.

Find more details about the book at the Via Media Publishing website.

Sights and sounds of Mundunur