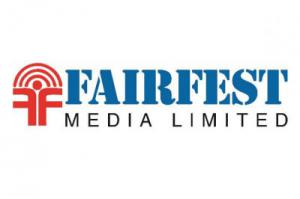 As a result, an injunction order has been passed against Messe Berlin, organizers of ITB Berlin, who recently launched ITB India ( https://www.itb-india.com/ ).

Fairfest Media approached the High Court of Bombay earlier this year for an Injunction against Messe Berlin, to restrain it from using confidential information including client details shared with them in confidence.

Fairfest asked for an Injunction to restrain Messe Berlin from conducting ITB India, as it would inevitably benefit from the competitive and confidential information shared under the terms of the NDA. The High Court referred the matter to a sole Arbitrator, who after hearing detailed arguments from both sides, issued injunction orders restraining Messe Berlin from using the confidential information.

The Arbitrator ruled in favor of Fairfest and restrained Messe Berlin, the organizer of ITB India, from using the confidential information it obtained from Fairfest. Messe Berlin had challenged the jurisdiction of the Arbitrator.

Fairfest is, however, considering additional litigation to address the above, at appropriate forums in Singapore and in India, for further injunctions and claims for damages in respect of the breach of the terms of the LOI. The Arbitrator has also ordered Messe Berlin to pay costs to Fairfest.

Fairfest intends to take all necessary steps to ensure that all confidential information, including the private data of its Clients is not misused by Messe Berlin.

Messe Berlin had earlier tried to make a bid to enter Indian markets through a co-branded show called BITB in Delhi in 2017, which was later discontinued.

Fairfest is India’s leading travel tradeshow organiser, and offers those seeking to participate in trade events the best possible platform for doing business in one of the fastest growing markets in the world. Established in 1989, Fairfest organises the reputed TTF and OTM international travel trade fairs for the rapidly expanding tourism industry, as well as Municipalika, a leading event on municipal management and sustainability. Fairfest publishes market-supporting B2B publication Travel News Digest (TND), collating the world’s relevant news for the Indian and South Asian travel trade fraternity. For more information, visit ( https://fairfest.in/ ).