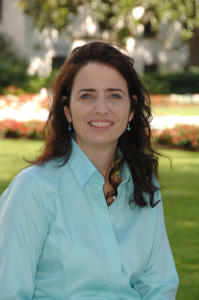 Liza McFadden, former advisor to Governor Jeb Bush, and President of the Barbara Bush Foundation, brings a wealth of experience and expertise to the board.

The future of Florida is found by retaining the true essence of Florida. The Florida State Parks Foundation captures that essence.”
— Liza McFadden

TALLAHASSEE, FL, UNITED STATES, March 2, 2020 /EINPresswire.com/ — The Florida State Parks Foundation is pleased to announce that Liza McFadden has been elected to the Board of Directors.

“I am delighted to welcome Liza to the board”, said Gil Ziffer, Foundation President. “She brings a wealth of experience and expertise and will be a tremendous asset to the Foundation as we further our mission of supporting Florida’s fabulous state parks, the best in the nation.”

McFadden is president of Liza and Partners which provides advisory services to philanthropists. Her background includes 20-plus years serving as the chief executive officer of foundations, most recently as the president of the Barbara Bush Foundation for Family Literacy. During her tenure, she transitioned the foundation from a traditional grant-making entity to the single largest technology provider in the United States of literacy services to low-literate adults.

A former advisor to Governor Jeb Bush, she provided counsel on policy and program issues in education, and community and faith-based issues. A lifelong advocate for education for all, Liza is a board member of K12, a publicly traded education management organization that provides online education for public school students. She also serves on the national board of Reading Partners and the advisory board of Foundations, Inc.

On a personal note, she added, “When my children were in elementary school, I served on the Friends of Florida State Parks board. What an honor to now serve on Florida State Parks Foundation and to know my children are both majoring in environmental studies and – I believe – in no small part, due to their love of the state parks.”

The Foundation, founded in 1993 as Friends of Florida State Parks and renamed in 2018, is a 501(c)3 nonprofit corporation whose mission is to support and help sustain the Florida Park Service, its 175 award-winning parks and trails, local Friends groups and more than 20,000 park volunteers.

The volunteer Board of Directors represent private and public sectors as well as local and statewide interests.