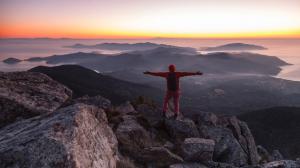 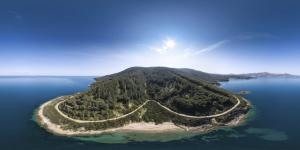 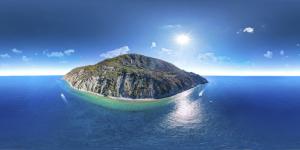 Starting in September the ideal season long walks lovers. Let's sxperience an incredible Tuscany island through unspoiled nature when emergency will be finished

ELBA ISLAND, TUSCANY, ITALY, March 28, 2020 /EINPresswire.com/ — With its microclimate and colorful territory that is everchanging – from September, Elba Island becomes an unmissable destination for trekking enthusiasts. From the beaches and cliffs, going up through the Mediterranean scrub and small villages, up to its granite peaks, the island offers seven new routes to explore, for all types of needs, with many historical and cultural curiosities to discover.

To celebrate the World Car Free Day on 22 September, the island proposes Il Cammino della Rada, a trekking in Tuscany that connects two symbolically important points in Portoferraio: the Tower of the Hammer in the fortified city of Cosmopoli with the Fortress of the Volterraio, emblem of the National Park in the Tuscan Archipelago. The route connects an extraordinary articulation of points of interest distributed along the path: natural, cultural and historical aspects, including the entire fortified Renaissance city, coastal wetlands, a botanical garden, archaeological remains of Roman seaside villas, the last trace of ancient salt pans with the Salt Tower and the Etruscan docking station to embark the loads of wine to the continent. In addition, there is a medieval fortress and a church, that of S. Stefano alle Trane, which can be considered the maximum realization of the Pisan Romanesque on Elba, both from the Etruscan origin.
It is possible to climb the long, straight pink limestone steps that connect the lower part of the old town with the impressive ramparts at the top. They were created to facilitate the race of soldiers on horseback to the ramparts in case of attack, they are numerous and branch out almost symmetrically radiating. Getting to the top of Forte Falcone is the premium for an exploration of what is considered the first ideal Renaissance city, designed by the best architects of Cosimo de' Medici in 1548. You will find yourself in one of the three key points of the Cammino della Rada: very high above the city, flush with the seagull in front of the hill of the Roman Villa delle Grotte and in front of the Fortezza del Volterraio.

For those who love more challenging routes, trekking along the granite routes is a must: a ring that develops on the southern side of Mount Capanne and touches the main archaeological sites of the area. The departure is at an altitude of 230 meters from the small village of San Piero, part of the municipality of Campo nell'Elba. Not to be missed is the small church of San Piero e Paolo, incorporated in the defensive bastion that dominates the plain of Marina di Campo. After taking the granite stairs in the center of the village, walk up to the intersection of the path that from the Tower of San Giovanni leads to the Piane del Canale, which gives the opportunity to visit the panoramic viewpoint of Pietra Murata. From here you can see Pianosa, Montecristo and also Corsica. After resuming the path, descend along the Fosso del Malocci until you cross the path that leads to the granite quarries of San Piero. During this last part of the route, looking around, it will not be difficult to see semi-finished granite boulders: the columns are what remains of the ancient work.
One of the most suggestive itineraries of the island is the itinerary of Punta Enfola, the promontory of Capo Enfola joined to the rest of the island by a narrow isthmus of land. The path is about 5 km long, rich in natural elements and historical evidence dating back to the Second World War.

To reach the Enfola from Portoferraio, follow the signs for Enfola-Viticcio. You begin to climb along a road lined with rock, Mediterranean scrub and dry-stone walls. Here, take the path along which you can see some ruins of war, remains of an impressive defensive system, alternating with surprising views of the Gulf of Viticcio, Sant'Andrea and the white beaches of Portoferraio. Below, at the base of the promontory, the Schiappino rock, one of the two islets around the Enfola. It is immediately clear that this is a wonderful route for scenery and scents.
From the beach of Biodola to the beach of Procchio there is a path between the sea and golden beaches. We walk along a beautiful flat stretch, overlooking the rocks, to reach a tunnel carved into the rock, very impressive to cross, illuminated and with beautiful openings.
The first isolated beach along the path is Lamaia. Then there are the coves of Porticciolo and Guardiola. Going through the latter, you climb up the staircase that is at the end and that allows you to cross the cliff. Then begins the long wooden footbridge that runs along the entire length of the beach of Procchio, one of the largest on the island. The walk can be considered the continuation of the trekking that starts from Viticcio and arrives at the beach of Forno in Portoferraio. It is a path for photo opportunities, stopping for a swim in one of the two small bays that are usually semi-deserted.
The path that starts from Rio nell’Elba Piazza and reaches the Castle of Giove alle Panche is a path that reachs some of the historical places on the island, such as the Hermitage of Santa Caterina and the "old washhouses" with brass mouths. From here, immersed in the Mediterranean scrub, you can also reach the majestic Volterraio Castle. Going along the ancient lime kilns, you climb up to the main path to the north, reaching Monte Castello, which dominates the silent valley of Monserrato and the suggestive sanctuary of the same name dedicated to the Spanish Madonna. The more trained can continue to the top of the mountain to enjoy the 360° view of Rio Elba, the mines, the Torre del Giogo, the imposing Volterraio, the beach of Barbarossa and Porto Azzurro. The descent quickly takes you back to Le Panche and to the quiet of the Rio nell'Elba.