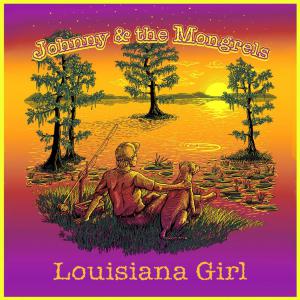 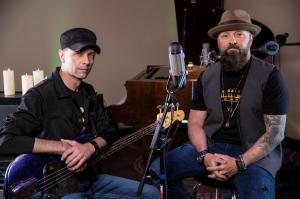 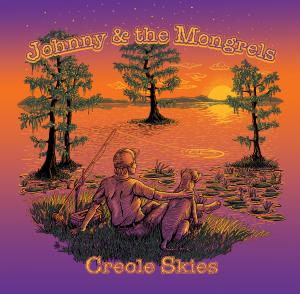 The people are always living in the now, wanting nothing more than to make the best of every moment. Specifically, it’s a tribute to the ladies of Louisiana and that spirit they eternally display.”
— Johnny Ryan

PLEASANT VIEW, TN, UNITED STATES, July 10, 2020 /EINPresswire.com/ — Based in Colorado but nourished by the elixir of Louisiana music, blues rockers Johnny & The Mongrels will release both the music and the video for “Louisiana Girl,” the second single from their upcoming album CREOLE SKIES, today. The full album drops July 17.

“Louisiana Girl” features lead singer/songwriter Johnny Ryan’s passionate paean to “Miss Louisiana,” whether she is “a New Orleans lady, a New Iberian queen, a Carencro Princess or a pretty girl from Robeline.” Each one, he promises with soulful conviction, will “float your pirogue, make your heart beat outta your chest.” And if that doesn’t send “swamp water running through your veins,” the music will: Gritty yet sensuous, it rocks on a foundation of scratchy guitar, solid backbeat, funky bass and wailing tenor sax.

The video, produced and directed by renowned photographer, live music recorder and archivist Jim Mimna, mirrors the music by overlaying and alternating shots of the band recording the track and silhouettes of archetypal Louisiana women dancing in bewitching slow-mo before landscapes of skyline, sunset and sea.

American Blues Scene hosted the single’s premiere this week. The video debuted simultaneously, on the IndiMusic TV Channel and at Digital Journal.
“Louisiana Girl’ was inspired by the countless moments I was immersed in the culture, atmosphere and energy that is Louisiana,” says Ryan, who spent much of 1987 through 1990 living in the state. “The people are always living in the now, wanting nothing more than to make the best of every moment and make sure you’re always invited to come along for the ride. And specifically, it’s a tribute to the ladies of Louisiana and that spirit they eternally display.”

“Louisiana Girl” is available now on Spotify and the album CREOLE SKIES can be pre-ordered.

ABOUT JOHNNY & THE MONGRELS
Johnny & The Mongrels is a high-powered, New-Orleans-influenced band that has been described as “the perfect combination of a funk-filled heart and a deep Bayou soul.” Its founders, currently based in Fort Collins, Colorado, are singer/songwriter Johnny Ryan and singer/bassist/songwriter Jeff Bostic. The band has played many prominent venues and music festivals nationwide, sharing stages along with way with Scott Sharrard, George Porter Jr., Ivan Neville, Bob Malone (John Fogerty), Deanna Bogart, Shakedown Street, Samantha Fish, Honey Island Swamp Band and Bobby Messano (Steve Winwood).