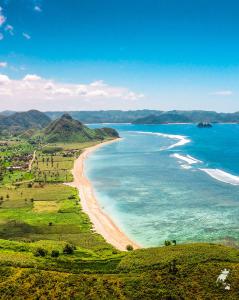 Invest Islands helps investors negotiate red tape and purchase land in places such as Torok Bay, South Lombok. The government is expected to loosen the regulations as of next month. 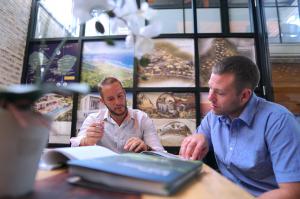 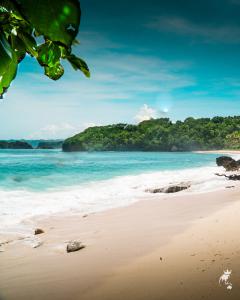 Invest Islands sells plots of land on Sumba, East Nusa Tenggara. The island is just one of many in Indonesia where land remains incredibly affordable.

Consider this: beachfront land in Bali can cost up to US$4,000 per sqm whereas Lombok is just 40km away yet beachfront land here sells for as little as US$75 per sqm”
— Kevin Deisser, co-founder of Invest Islands

LOMBOK, WEST NUSA TENGGARA, INDONESIA, July 24, 2020 /EINPresswire.com/ — Indonesian property firm Invest Islands has welcomed news that the government is set to relax realty rules regarding foreign ownership in the country in a bid to boost its stuttering economy.

Sofyan Djalil, Minister of Agrarian and Spatial Planning, said during a Thursday webinar with Indonesian property tycoons that new rules providing foreigners similar ownership rights to nationals are set to be ratified into law by the end of August. The plan is part of a nationwide strategy to help Southeast Asia’s biggest economy recover from the economic effects of the coronavirus pandemic.

Invest Islands was founded in Indonesia in 2015 and primarily helps foreigners navigate the red-tape associated with purchasing land in the country. Catering mainly to overseas investors, it already has offices in Hong Kong and intends to open sales branches in both Singapore and Australia by next year. Co-founder Jack Brown says the proposed new law could have a monumental impact on the Indonesian real estate industry.

“We have had a lot of interest in recent months from people who love Indonesia and would ideally have their dream home here, but were put off by the previous ownership structures, which are mainly based on leasehold titles,” said Brown. “If, as expected, this law passes next month, it will open up the Indonesian property market to a much, much wider audience and stimulate competition among purchasers throughout Indonesia, but particularly in Lombok and the proposed new capital city, East Kalimantan.”

“Jokowi has been a massive driving force in improving regulations across the board in terms of foreign investment in Indonesia,” added Kevin Deisser, Brown’s co-founder at Invest Islands. “The existing system has been working well for 10 years, but this would be a huge improvement and provide enormous opportunity for overseas investors. Consider this: beachfront land in Bali can cost up to US$4,000 per square-metre whereas Lombok is situated just 40km away yet prime beachfront land here is selling for as little as US$75 per square-metre.”

Lombok is home to the Mandalika Project, a US$3 billion government-backed special economic zone covering 1,175-hectares of coastal land and set to eventually be home to more than 16,000 hotel rooms, a waterpark, 27-hole golf course, 1,500 villas, and an international-standard motor-racing circuit. Officials from the Indonesian Tourism Development Corporation said earlier this year that work has not slowed despite the global pandemic, and the circuit — scheduled to host a round of next year’s MotoGP World Championship — will be ready on time.

“Usually law changes such as this need some kind of stimulus to get them over the line,” said Brown, who added Invest Islands’ developments have been unaffected by the pandemic. “We have weathered the storm pretty well, but if you consider around 30 million people throughout the country are employed in the property sector, pushing this through next month will not only ensure these people remain in work, but also provide the entire industry with an injection right when it’s needed most.”