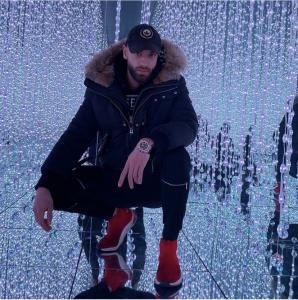 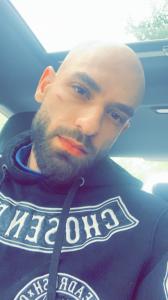 VANCOUVER , BC , CANADA , August 1, 2020 /EINPresswire.com/ — A recent study has shown that a local Vancouver model placed as one of the top, most handsome men from the Middle East. The model, Amer Kapani, is known and loved for his charming smile and handsome look.

Kapani was assigned to V Models Agency in New York at the age of 17, where his modeling career began. Standing at six feet and five inches, he continued his work in Vancouver, BC, where he worked for iconic brands such as Zara, H&M, and Nike. Today, his Instagram @AmerKapani has over 60,000 followers. Kapani states that the purpose of modeling was to make a name for himself, as well as to build fundraisers around his interests. For Kapani, this started with giving back to those within war-torn countries, such as his hometown in Syria.

Besides being a handsome man, Kapani is an entrepreneur, mental health advocate, and public speaker. His company, SilverSecurity, was formed to protect the public health and safety of personal and business lives in the community. SilverSecurity is committed to providing top-trained individuals at affordable prices, while honoring honesty, loyalty, and integrity with the general population. The business also places a high priority on giving back to the community. They look for active charities and events to get involved in, so that youth today can grow up knowing they will be safe. For more information, please visit http://www.silversecurity.ca/.

Kapani is a mental health advocate in the lower mainland, as well as back in the Middle East. Growing up with many trials and tribulations, he has witnessed a gap in today’s society among the Muslim community and the general public when it comes to challenges with anxiety and depression. He believes that solving this world issue must be done collectively, with support from one another. He states that people tend to forget that they shape the society of future generations. As a result, he started the Healthomatic Foundation to interact with both youth and adults.

Healthomatic was founded in 2018 to provide services for those struggling with mental health, such as depression and anxiety. Their primary service consists of a texting hotline for people who are in need of support mentally or emotionally. The Muslim Mental Health Line corresponds with Healthomatic to encourage Muslim youth who suffer from mental health challenges to seek help. @MuslimMentalHealthLine welcomes direct messages on Instagram for anyone who needs someone to talk to, or if you are interested in volunteering with the organization.

Kapani says, “I never imagined that I would make the list of top ten most handsome men from the Middle East.” He adds, “Things like this just don’t happen overnight. At the end of the day, I am just a normal person who loves to help others.”