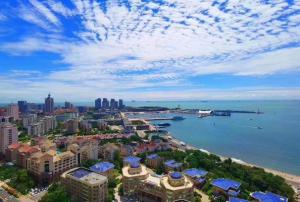 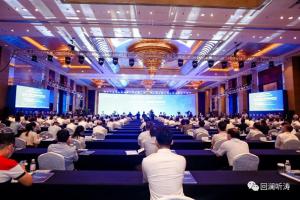 The conference, with the theme of on "East-West Mutual Benefit, Land-Sea Interaction, Open Cooperation”, is designed to facilitate coordinated regional development and advance land-sea intermodal transport in the Yellow River basin.

Optimizing the allocation of resources for a larger market space, Qingdao will give full play to its leading role in Jiaodong Economic Circle, strive to build a bridgehead for Shandong province to open up a new highland, strive to become an important national strategic area in the area north of the Yangtze River, and accelerate the creation of a new platform for international cooperation.

This conference will not only stir up ideas, but also gather strength, and it will definitely promote the opening and development of the Yellow River Basin.

The cities in the Yellow River Basin need to have regular in-depth discussions and exchanges, jointly build a service platform for market players, study and demonstrate cooperation issues with modern service companies, customs and ports, and jointly give play to the comparative advantages of cities in the Yellow River Basin. Said Wang Qingxian, Party secretary of Qingdao.

Originating in Qinghai province, Yellow River is known as China's "Mother River" and the cradle of Chinese civilization. It runs through nine provinces and autonomous regions including Shaanxi and Henan before emptying into the Bohai Sea in Shandong province.

The 5,464-km-long waterway feeds about 12 percent of China's population, irrigates about 15 percent of arable land, supports 14 percent of national GDP, and supplies water to more than 60 cities.