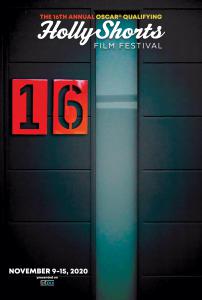 388 shorts will compete for top prizes at HollyShorts, one of the world’s top short film festivals. This year’s festival will take place primarily virtually via the festival’s proprietary streaming platform Bitpix from November 9-15, 2020.

This year’s festival garnered 6,000 submissions from 110 countries. The United Kingdom has set a festival record with 30 short films selected. 40% of the total HollyShorts selections are directed by women.

For the first time ever, HollyShorts will also host a short film market on Bitpix featuring 30 out of competition selected shorts. The HollyShorts Market Week is targeted towards the leading buyers in short form content and takes place November 16-20, the week after the competition screenings.

All Access passes, the film program and individual block tickets are available for purchase starting today via hollyshorts.com.

The United Kingdom has the most shorts ever accepted in HollyShorts with 30 short films in competition. Canada has 14 films, France has 12 shorts, Germany and Australia each have 7 shorts, Sweden and Italy both have 4, Switzerland, Ireland, Spain, India, Israel and Mexico each have 3 shorts in competition, with China and Belgium each having 2 shorts in HollyShorts. Other represented countries include: New Zealand, Jordan, Finland, Myanmar, Qatar, Japan, Egypt, Vietnam, Poland, South Africa, Macedonia, Netherlands, Peru, Palestine, Brazil, Estonia, Saudi Arabia, Korea and Taiwan.

As previously announced, the festival will also feature: