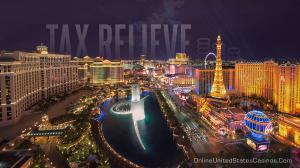 On the road to recovery, the US casino industry asks the government for further regulatory and tax relief.

Gaming has not seen a disruption such as COVID-19”
— Bill Miller, AGA President

LAS VEGAS, NEVADA, UNITED STATES, October 29, 2020 /EINPresswire.com/ — On the road to recovery, the US casino industry asks the government for further regulatory and tax relief. The sector got access to pandemic help funds approved by Congress earlier this year, and it will seek inclusion in any future aid packages as it struggles to bounce back from the effects of the current pandemic. Native American casinos alone requested $18 billion in federal aid at the end of the first quarter of 2020 to survive.

The Democratic senator from Nevada, Catherine Cortez Masto, and Republican representative Kevin Cramer from North Dakota has introduced a bill that would create a tax credit for those hosting trade shows or conventions until 2023. With an economy depended on the hospitality business, Nevada and other states like New Jersey need such legislation. The crisis cost US states $2 billion in lost tax revenues for the four months when the gaming establishments shut down.

In March, the US gambling industry screeched to a halt, as almost all casinos closed, endangering many of the 1.8 million jobs that the sector supports. Detroit alone lost over $600,000 in tax revenues per day during this period. The lockdown led to Pennsylvania losing over $323 million in gaming tax revenues and Maryland close to $209 million.

In 2018, the American Gaming Association proclaimed that the country’s industry was worth $261 billion. Thanks to legislative changes, the AGA projected that the US economy’s lockdown cost over $21 billion. Furthermore, estimates say that the full recovery in terms of revenue numbers will not happen earlier in 2023 or 2024.

During an event speech in Vegas, AGA president, Bill Miller, said that even though gaming venues are making a comeback, they still need a helping hand, “Gaming has not seen a disruption such as COVID-19,” he said.

In Miller’s address, he noted that establishments need liability protection so that customers who contract the virus cannot sue those that followed health guidelines and safety protocols. The requested tax relief is to help save jobs, alleviate expenses, and boost consumer travel. He added that “States and communities have been hit hard. In addition to COVID’s impact on jobs, businesses, and the well-being of our families, state budgets have also been decimated."

Except for lottery revenues, when it came to gambling, numbers in all categories increased year on year before 2020. Now, following a setback like no one has seen before, estimates say that all figures will take a nosedive. Las Vegas Strip revenues fell 39% during the summer, as the year saw an unprecedented drop of 79% in the second quarter of 2020, year-over-year. Before the pandemic, combined commercial gaming revenue for the first two months of the year was up 10.4%.

Currently, around 90% of casinos around the country have opened their doors and are accepting customers. Idaho was the first state to attempt to get back to business as usual in May, and at the start of October, Los Angeles cardrooms got the go-ahead to return. However, they managed to rehire only 60% of their workforce, as all venues run under strict guidelines, at half-capacity.

Politicians and gambling lobbyists are looking to encourage the formation of a middle-class tax credit that would repeal parts of the 2017 Tax Cuts and Jobs Act, restoring changes to the deductibility of entertainment expenses. Such a measure would be of great help to the gambling industry.