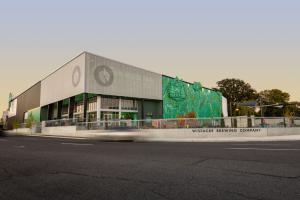 WISEACRE Brewing Company has opened its new production facility and taproom in Downtown Memphis. The 40,000-square-foot facility, dubbed WISEACRE2, will be able to produce 100,000 barrels of beer per year. 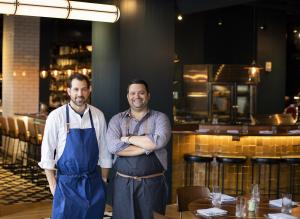 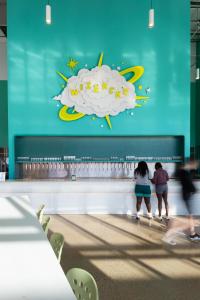 WISEACRE2’s facility features world-class brewing technology that preserves the freshness of the beer longer, ensuring that customers will get fresh-from-the-tap flavor whether they are 5 or 500 miles from Downtown Memphis.

We know that locals are always going to be our biggest fans, but we’re hoping WISEACRE's new taproom and Little Bettie become a destination for beer and food lovers from all over.”
— Kellan Bartosch, WISEACRE co-founder

MEMPHIS, TN, USA, November 18, 2020 /EINPresswire.com/ — WISEACRE Brewing Company has opened its new production facility and taproom at 398 South B.B. King Boulevard in Downtown Memphis. The 40,000-square-foot facility, dubbed WISEACRE2, will be able to produce 100,000 barrels of beer per year, nearly quintupling the brewery’s previous capacity and paving the way for both the development of new beers and new packaging options as well as expansion into new markets.

“Of course, we would have never chosen to open our new brewery during a global pandemic. But our new facility has given us increased canning capacity and that was a major reason that we have been able to keep all members of our brewery production staff employed,” Kellan Bartosch, WISEACRE co-founder, said. “Through our retail partners, we’re seeing that customers want larger quantities –16-ounce cans and 12-packs – of reliable favorites like our Ananda IPA and our Tiny Bomb Pilsner, as well as variety packs. We’ve been able to meet that demand thanks to our new brewery.”

WISEACRE2 also features a 120-seat taproom that will soon be home to Little Bettie, a snack bar and pizza stand from Chefs Andrew Ticer and Michael Hudman, co-owners of Enjoy AM restaurant group and born-and-raised Memphians. The chefs, who operate Andrew Michael Italian Kitchen, The Gray Canary, Catherine & Mary's and Bishop in Memphis and Josephine Estelle in New Orleans’ Ace Hotel, and are rebuilding Hog & Hominy following a fire, are known for their ability to marry classic Italian recipes with the bright flavors of the American South. Named for the Little Bettie Bayou, a small streamlet of the Mississippi River that once ran through the neighborhood where WISEACRE2 sits, Little Bettie will offer New Haven-style pizza as well as small snacks, salads, and shareable appetizers. Parker Rose, who had served as Hog & Hominy’s pizza cook, will lead the Little Bettie kitchen as Chef de Cuisine.

“Andy and Michael have a very similar ethos and ‘origin story’ to my brother Davin and me – we all grew up in Memphis, all cut our teeth in our respective industries, traveling around to learn everything we could so we could bring the best parts back to Memphis," said Kellan. "We can't imagine better food partners for our new taproom."

"We met Davin and Kellan Bartosch a few months before they opened WISEACRE in 2013, and we’ve been talking about doing something together ever since,” said Andy. “Davin and Kellan love New Haven-style pizza, and we’re excited to begin our research to create the best version of that pizza we can. WISEACRE has so much fun with their beers—they’re delicious and so creative. We’re inspired to create dishes that taste great with their beers but also reflect the creativity and playfulness that WISEACRE is known for.”

In addition to the taproom and Little Bettie snack bar, WISEACRE2’s facility features world-class brewing technology that preserves the freshness of the beer longer, ensuring that customers will get fresh-from-the-tap flavor whether they are 5 or 500 miles from Downtown Memphis. New equipment includes a 4-roller malt mill, which keeps the malt husk intact while finely grinding the malt’s endosperm and results in a cleaner, more precise flavor. The new brewhouse is from the German manufacturer BrauKon and includes four vessels incorporating a mash tun, lauter tun, kettle, and whirlpool. The canning of beer will be done on a 24 valve Krones machine that will fill cans at speeds up to 250 cans per minute.

“We made the decision to invest in brewing and canning technology that is far beyond what most breweries our size have. We really wanted to make sure we can continue to deliver incredible quality in our beer,” said Davin Bartosch, WISEACRE co-founder and brewmaster. “It’s already paid off: our fans all the way in Atlanta, Chicago and Philly are getting to enjoy the same taste that our folks here in Memphis are.”

Since its founding seven years ago, WISEACRE has steadily grown both its production and its distribution; today WISEACRE beer is available in nine states (Alabama, Arkansas, Georgia, Illinois, Pennsylvania, Mississippi, Florida, Louisiana, and, of course, Tennessee). Kellan and Davin hope that the new taproom will help to lure WISEACRE’s faraway fanbase to visit Downtown Memphis and help strengthen the area as a tourist destination. To that end, WISEACRE has partnered with the Downtown Memphis Commission to create a QR code that WISEACRE2 patrons will be able to scan to access a map of nearby bars, restaurants and happenings.

“We know that locals are always going to be our biggest fans, but we’re hoping the new taproom and Little Bettie become a destination for beer and food lovers from all over. Beer tourism is a real thing – according to the Brewers Association, more than 10 million people toured craft breweries and more than half of those visitors were from outside the destination,” said Kellan. “We want those folks who’ve tried our beer in Tampa and New Orleans and Philadelphia to come to our taproom, and while they’re here, visit the Civil Rights Museum, eat some amazing food, see a Grizzlies game, and spend their vacation dollars in Memphis. A rising tide lifts all boats – more people coming to check out our new brewery means more people will discover how many other rad spots Downtown Memphis and South Main have to offer."

WISEACRE continues to operate its original brewery and taproom at 2783 N. Broad Street; opened in 2013, the location will now go by WISEACRE-OG. For the safety of its employees and patrons in the wake of COVID-19, the WISEACRE2 and WISEACRE-OG taprooms are following local Health Department guidelines. Guests are able to order and pay for beer contact-free by using a free mobile app called Arryved. In an effort to limit contact, guests are asked to wear masks and will be encouraged to bus their own tables and pay their tabs via the mobile app. Both taprooms offer ample outdoor space. Delivery and contact-free pickup continue to be offered at both taprooms.