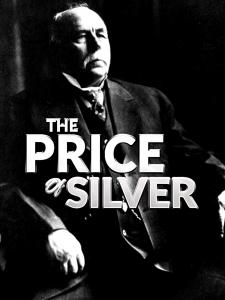 I knew that no other filmmaker had ever done a story about Silver City. I also knew I was the one to do what had never been done before.”
— Daniel Jesse

OGDEN, UTAH, USA, November 24, 2020 /EINPresswire.com/ — After an adventure into the heart of a ghost town, a new documentary from filmmaker Daniel Jesse will bring one city’s memory back to life. Steeped in western mining history, the documentary pays homage to Silver City, Utah. It's a reverent nod to the 1,500 people, like the legendary Jesse Knight, who made up the thread work of its past. Once a silver mining boomtown founded in 1869 just outside of Salt Lake City, the film gives the first in-depth historical look at what eventually gave way to progress elsewhere and abandonment in 1940.

Jesse said of the project, "Thirty-three years ago, my father researched our family genealogy to uncover the story of my great-grandparents who lived in Silver City. Shortly after completing his research, he passed away from cancer. Three years ago, I sat at my brother's kitchen table, discussing ghost towns, and my father’s research came up. I knew that no other filmmaker had ever done a story about Silver City. I also knew I was the one to do what had never been done before."

Now available on DVD, the documentary's production entailed 3D artists, photo restoration experts, historians, out-of-print rare books, and Jesse's beloved family genealogy. Thanks to all this, it informs viewers of the discovery of new silver veins in the 1890s and the mining magnate Jesse Knight who chose Silver City to build a large ore sampling mill and a second railroad into town. This investment resulted in another period of prosperity, and the city reached its peak population. With a third life now on the horizon, the area is quickly becoming a popular spot for modern adventurers to visit.

To purchase a DVD, visit https://py.pl/1qfQRR53Csh.