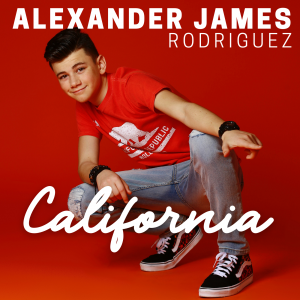 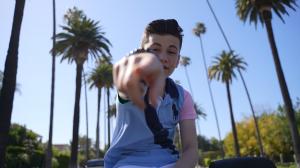 LOS ANGELES , CALIFORNIA , UNITED STATES , May 10, 2021 /EINPresswire.com/ — Just in time for summer, Alexander James Rodriguez has released, 'California', which was created from the 13-year old’s perspective. The teen wrote the sun-drenched track based on his own experiences since spending time in Los Angeles, and is definitely set to dominate the summertime airwaves.

“Lyrically ‘California’ is all about my favorite things to do in Los Angeles, and the State of California, from my favorite Vans and skateboarding to surfing on Sundays,” said Rodriguez. “I love to get outside and explore and have been so lucky to experience the drive from Venice Beach to San Francisco, with the breathtaking views of the Big Sur and smelling the salty air on the ferry to Alcatraz. I wanted this song to be a celebration of all things Cali. From star-spotting along the Hollywood Walk of Fame to its amazing outdoor adventures. This is how I see California.”

The high energy music video for California was filmed in Venice Beach, Beverly Hills, Hollywood Boulevard, and the Hollywood Sign. The teen also selected some of his favorite California tourist hot spots to incorporate including Golden Gate Bridge in San Francisco, the Big Sur, Griffith Observatory, Lake Tahoe, and other noticeable landmarks.

Alexander James Rodriguez rose to fame at the top of 2021 when he received the ‘Rising Star Award’ at the Hollywood Music in Media Awards, alongside music giants John Legend, Justin Timberlake, and Kenny Loggins. Predominantly known as an actor, the teen turned to music at age 12 during the height of the pandemic last year and has been releasing music consistently since.

‘California’ from Alexander James Rodriguez is out and available for download on iTunes and all digital streaming platforms including Apple Music, Spotify, Amazon Music, YouTube Music, TikTok, Pandora, DEEZER and more. Listen your way: www.ffm.to/california_letsgo