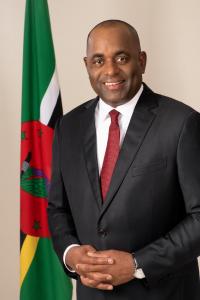 In a letter to the USVI leader, Roosevelt Skerrit, Prime Minister of the Commonwealth of Dominica and Chairman of the Organisation of Eastern Caribbean States (OECS), expressed the subregional group’s deep appreciation to Governor Bryan for writing to Florida’s Governor Ron DeSantis seeking special consideration in the Florida legislation to aid the revitalization of the cruise industry in the Caribbean.

As increasing numbers of Americans receive COVID-19 vaccinations, Governor Bryan argued that ensuring the cruise industry reopens with vaccinated passengers is essential to the tourism economies of the U.S. Virgin Islands and the wider Caribbean.

“We are deeply concerned – as you are – with the grave inherent difficulties for our effort to safeguard lives and to reignite livelihoods as we are among the most tourism dependent economies of the world. While the new law is not specific to the cruise business, it will potentially have a huge deleterious effect on it because almost all cruise ships (especially to the Caribbean) originate from ports within the state of Florida,” stated Prime Minister Skerrit, who observed the new Florida state law (which goes into effect on July 1) appears to conflict with Centers for Disease Control and Prevention (CDC) health and safety guidelines, which include the vaccination of 95% of passengers and crew members.

“For us as small island developing states whose economies are largely fueled by tourism, the vaccination status of industry players (both visitors and industry workers – whether cruise or land-based) is essential to our strategy in the OECS to safeguard the lives of both our people and visitors and restore our economies,” Prime Minister Skerrit asserted.

He disclosed that the OECS leaders propose to advance arguments in further support of the advocacy undertaken by Governor Bryan, “and will urge partners in the cruise as well as the land-based tourism industry to add their voices in appeal to Governor DeSantis.”

Governor Bryan thanked the OECS leaders for their support: “As Caribbean people it is important that we stand united on these important issues. Cruise ships don’t just sail to one destination. We are one Caribbean and our health care infrastructure is too vulnerable to handle widespread outbreaks of illness.”

Governor Bryan commended the Florida governor for his commitment to health, civil liberties and economic revitalization, while underscoring that there are millions of people in the Caribbean who are counting on him to work with his lawmakers to ensure that travelers are healthy and vaccinated before sailing to Caribbean destinations.

“Smart public health safety guidelines can coexist with the restart of the Caribbean’s economic engine,” he reiterated.

Prime Minister Skerrit’s correspondence was copied to heads of government in Anguilla, Antigua and Barbuda, British Virgin Islands, Grenada, Guadeloupe, Martinique, Montserrat, St. Kitts and Nevis, St. Lucia, St. Vincent and the Grenadines, and the head of the OECS Secretariat.