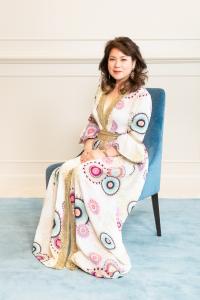 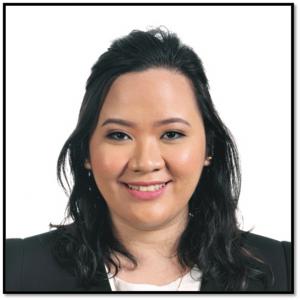 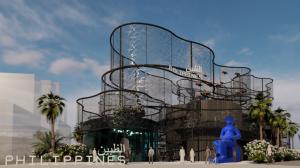 A day exterior photo of the Philippines pavilion, “Bangkóta” at the Expo 2020 Dubai

• Total trade between the Philippines and UAE already crossed AED1.3 billion from January to May 2021 and is pegged to surpass pre-pandemic levels

• Expo 2020 to act as a catalyst for Philippines to penetrate the world’s fastest emerging markets in the Middle East, Africa, and South Asian region, which has a collective GDP of more than AED24 trillion

Ahead of the Expo 2020 Dubai opening this October, the Philippine Department of Trade and Industry (PDTI) is optimistic that the global event would catalyze robust and sustainable increase in trade exchanges between the Philippines and the United Arab Emirates and the wider Middle East, as bilateral trade between the two nations rose 32% during the first 5 months of 2021.

The PDTI, the lead implementing agency of the Philippines’ participation in Expo 2020 Dubai, said the country’s total trade (export and import) with the UAE crossed AED1.33 billion ($362 million) for the period of January to May 2021, with exports valued at AED411 million ($112 million) and imports at AED918 million ($250 million).

PDTI Assistant Secretary for the Trade Promotions Group and PH Expo 2020 Dubai, Alternate Commissioner General Rosvi C. Gaetos underscored that the forthcoming World Expo is deemed a game-changer in Philippines-UAE trade relations due to a forecast in the influx of opportunities and investments during and after the six-month long event, which is projected to drive increased revenue in major sectors and industries.

Jobs creation
With more than 190 countries converging in the Expo—the biggest event ever been held in the Middle East—the Philippines targets to showcase the very best of its culture, heritage, and technology to millions of global audiences, in order to draw investors to the country.

This will enable the government to boost the confidence of the global business community to invest in the Philippines. In turn, it would have a positive impact on employment.

Gaetos said: “During the Expo, the country hopes to strengthen its trade partnership with the UAE and the greater Middle East region on key sectors. With the magnitude of global publicity of Expo 2020 Dubai, we are positive that the Philippine participation will contribute to enhancing international goodwill for the Philippines and, more importantly, create more interest in the Philippines as a competitive and innovative trade partner. Expo 2020 Dubai will act as a catalyst for Philippines to penetrate the world’s fastest emerging markets in the Middle East, Africa, and South Asia, a region of more than 3.2 billion people, with a collective GDP of more than AED24 trillion.”

“After Expo 2020 Dubai, the linkages created by business matching between Philippine exporters and foreign businesses will result to increased economic activities for the Philippines. We foresee that there will be more employment opportunities back home, especially within the service sectors like travel, tourism, retail, events, hospitality, construction, IT-BPM, and logistics,” added Gaetos.

While on the one hand, the Expo is slated to create thousands of jobs for Filipinos back home in the Philippines, the event is also expected to initiate a vantage point for business-oriented Filipinos to set-up their own businesses in the UAE. Filipinos constitute the third-largest expatriate community in the UAE and they are part of the growing number of investors in the country. Earlier, the PDTI reported a sizable increase in the number of Filipino businesses in the country. As of June 2021, the number of Filipino businesses in Dubai has reached 792.

“With its Expo participation, the Philippines expects to create more trade exchanges and investment deals in these areas of exports not only with the UAE, but also with world's fastest growing markets to help the economy bounce back rapidly in the post-COVID-19 era,” Yalong added.

The Philippines’ top five exports to the UAE are inputs or output units (15.30%), bananas (8.62%), pineapple (7.67%), storage units, and static converters (6.13%).
The Philippines’ top commodity imports from the UAE are light petroleum oils and preparations (19.4%), butanes (14.8%), propane, petroleum oils and oils obtained from bituminous minerals (5%) and generating sets with compression-ignition (5%).