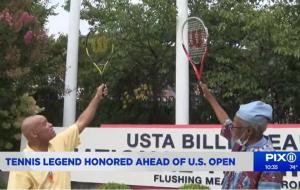 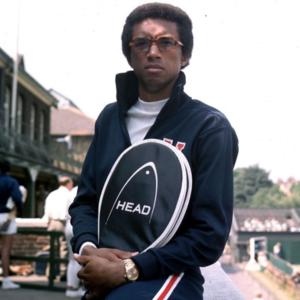 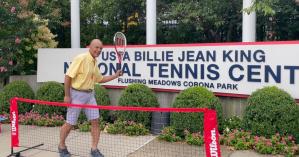 FLUSHING, NEW YORK, UNITED STATES, August 31, 2021 /EINPresswire.com/ — On National Faith HIV/AIDS Awareness Day, there was a prayer service held at the Billie Jean King National Tennis Center to remember one of the greats of the game, Arthur Ashe, who died of AIDS-related pneumonia in 1993 at age 49.

Ashe was the first Black tennis player to win singles titles at the US Open, the Australian open and Wimbledon. It is believed he contracted HIV from a blood transfusion during surgery in 1983 and, for the next decade, he was an AIDS activist.

During the ceremony, Rev. Daughtry shared remarks on Arthur Ashe humanity and when the two protested together against Apartheid in South Africa. Rev. Daughtry is a founding member of National Black Leadership Commission on AIDS.

Don Victor Mooney hopes to keep Arthur Ashe legacy relevant in these challenging times. A grassroots initiative dubbed Operation Arthur Ashe is underway. Arthur Ashe advocated the power of education. In Richmond, Virginia, a bronze statue depicts him surrounded by children, holding a racket in one hand and books even higher in the other.

Children across the world have been impacted by the ongoing COVID pandemic. More than ever, we need to advocate and share the spirit to never give up. Tennis is a sport that invokes grace, humility and perseverance. That's why we are asking manufacturers and retailers to donate tennis bags, balls, and rackets that we can distribute to 2021 children in New York City, across the nation and worldwide, says Mooney.

Mooney is the first African American to row across any ocean. A feat he completed on his fourth attempt from Africa to New York's Brooklyn Bridge.

What Arthur Ashe Means: Never Give Up