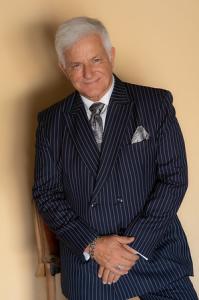 MONDIAL ART ACADEMIA announced that Michael Sean Degnan willto be one the official Jury Members for the third year in a row.

LOS ANGELS , CA, USA, September 13, 2021 /EINPresswire.com/ — Michael is currently a senior art adviser at Winn Slavin Fine Art Gallery in Beverly Hills, California 90210. Michael develops the content for Masterpiece Publishing and is one of the three members who review New Artist submissions. He is Responsible for researching and understanding the master collections for the esteemed Winn Slavin Fine Art Gallery. MONDIAL ART ACADEMIA has announced that Michael Sean has been asked to be one the official Jury Members for the third year in a row. MONDIAL ART ACADEMIA is a French Association, based on excellence and selection of talented artists.

Michael has a long history with his love of art which started at a very young age when he cleared out an old Deli, painted it black and put up his own art at the young age of sixteen. His passion only increased with his age and experience. Michael moved to Hawaii and became the curator at Blakk Gallery and Derubius Fine Art on Front Street in Maui, one of the top four places in the U.S. for Art Buyers. Prior to his curator position he was an Art advisor to Christopher Eagan Gallery on Front St., Maui. He then moved to California to curate and own his own Art gallery, Channel Gallery – 421 Main St. El Segundo, CA.

Michael has been involved with art from a very young age finding it an escape from life challenges painting became a source of meditation and grounding for him. Michael’s earliest foray into commercial art was entering exhibitions for repurposed art competitions, trash to treasure shows and then later promoting those shows in Rochester buffalo and Syracuse NY. Spending his summers in the city with his uncle Jack an artist in the east village NYC instead of going to summer camp, he would work with his uncle Jack taking his paintings to the various galleries that represented him, painting in his studio and meeting all the eccentric artist of the times. They would go out on the streets where Jack would skillfully spin brushes like a baton and paint simple scenes of NY.
This experience taught him the importance of connecting with the art buyers and the art community. At 16 he would travel to different parks and Niagara Falls and plein air paint and earn money help other artist sell their paintings to people passing buy. He earned an associate degree / business degree at Art Monroe community college. He continues to paint plein air to this day as a way to connect with people curious about art and its creation.

Since art has been such a large part of his life and helped him to overcome challenging times he shares this passion with disadvantaged children by bringing art supplies and (art diversion) to children via boys’ and girls’ programs. He also volunteers at psychiatric facilities and drug rehab programs called the Art Diversion. On Maui, he organized an activity for travelers to go with him to the underfunded boys’ and girls’ clubs bringing supplies and teaching art, and then he would take them on a gallery tour of 25 different galleries on the island, pointing out the exceptional work in each. The last 20 years, he has passionately worked and volunteered in the art world representing artist and galleries in NY, Las Vegas and on Maui .