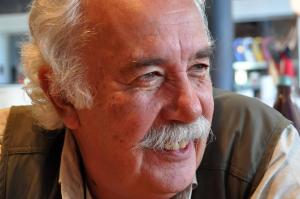 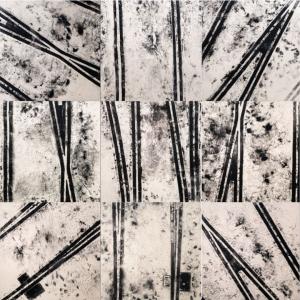 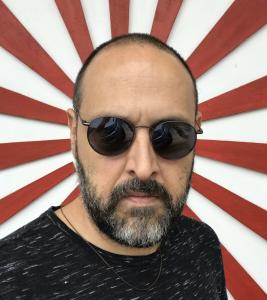 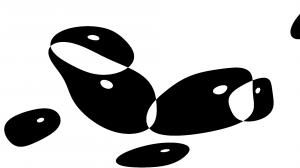 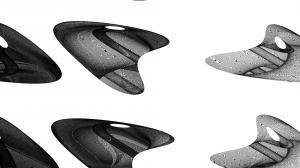 GAMELEIRA, BRAZIL, October 20, 2021 /EINPresswire.com/ — • Three of them are digital partnerships between Rio Grande do Sul and the multimedia artist Alexandre Rangel from Brasília;
• The fourth, “Respiração” (portuguese for ‘Breathing’), is already shown at the Prospectiva Exhibition, on display at the Museu Inimá de Paula, in Belo Horizonte.

On Sunday, the 31st, the artist Carlos Vergara opens a new stage in his long career of exploring media and supports, with the exhibition of Respiração, the first of a limited series of four unpublished works in NFT format (Non-Fungible Token). All will be available virtually and for sale at the Miintme Museum, on the Miintme platform: https://miintme.io/. The work can already be seen in person on a monitor within the Prospectiva exhibition, at the Museu Inimá de Paula, in Belo Horizonte, which is also exhibited through its Instagram (@museuinimadepaula).

NFTs are digital files recorded on a blockchain (an online database of accounting that keeps permanent, tamper-proof, cryptocurrency records). Thus, the digital asset receives a unique and immutable code – like a serial number – that not only identifies it but also indicates who owns it. As Carlos Campos, head of marketing at Miintme explains: “Every time you transform something into NFT, you gain a whole cryptocurrency ballast, which gives this value of rarity. This allows artists to have their work recognized in the digital world, as digital works of art. NFTs are another possibility in the art world”.

Respiração comes from the memories of the tracks that the 79-year-old Vergara, from Rio Grande do Sul, saw in his wanderings in the 1950s through the São Paulo’s Biennial, in the Valongo Wharf and on the Santa Teresa tram tracks, where he keeps his studio in Rio de Janeiro.

Carlos Vergara: “In this exhibition I placed the delicate monotypes. Monotype is the oldest expressive form recorded in ancestral caves of prehistory. In the end, the effort is to produce something that can channel your brain and heart. And the space was filled by the sound of breathing that is part of the digital piece. It is looking to the future and discovering personal and collective paths”.

In the process, the artist cuts the photos and fits them manually, creating a physical model that is later transformed into a three-dimensional object (with lenticular acrylic material) and into a virtual NFT content, creating new possibilities. In addition, Respiração brings the recorded sound of the artist's breathing, referring to the breath of life, an allusion to the fact that whatever media an artist chooses to express himself or herself, it will always be a channel to bring people's sensibilities closer. Already on display at the Prospectiva show, the work will be available for sale on NFT from the 31st.

DIGITAL MUSEUM WILL BE LAUNCHED ON NOVEMBER 2nd

Then, on November 2nd (Tuesday) and 4th (Thursday), it will be time for two new drops (simultaneous releases in various media) by Carlos Vergara on NFTs, this time in partnership with multimedia artist Alexandre Rangel, inspired by Feijão (‘Beans’ in english), one of the most iconic works by the Rio Grande do Sul native. Both will be available at the Miintme Museum, on the Miintme platform.

The first NFT is the Collection 1: Feijão DNA – Mutação 01, which uses an innovative technique known as Generative Art, oscillating between the two-dimensionality of op-art on the digital screen and the fourth dimension of animation; then, there will be the Collection 2: Feijão Germinado – Mutação 01, in which, from the possibilities of computer code, a dialogue between Alexandre Rangel's creative programming and the bench sculpture in the shape of a grain emerges.

Beans have been a special theme to Vergara since the 70s, when he made the film “Hunger”, in super-8, which was configured both as a political manifesto and an experiment in the “Quase Cinema” movement. It is in this context that the partnership with Rangel becomes even more organic, as the brasiliense resumes that movement by using new technologies, such as those that include algorithms for the creation of images.

Carlos Vergara: “The most interesting thing about this resumption of the beans theme is that we are once again facing the same issues of the past, such as hunger and the economic difficulties of families. More than four decades later, beans are still a current political symbol.”

On the 6th (Saturday), the last drop by Carlos Vergara and Alexandre Rangel – at the Miintme Museum, on the Miintme platform – will be presented: it is the Collection 3: Fogo Fátuo – Mutação 01 (Fatuous Fire – Mutation 01), a computational remix of the gaucho's painting. “The pixels on the canvas replicate brushstrokes with the dynamics and ferocity of fire in nature,” according to Rangel, from Brasília.

The Prospectiva exhibition marks the reopening of the Inimá de Paula Museum, which was closed due to the covid-19 pandemic, and is Carlos Vergara's first solo exhibition in Minas Gerais, where he presents more than 80 works. The artist explained on his Instagram that he called the show 'Prospectiva’ (prospective in english), because he likes to look ahead and even the old works that are in the exhibition express his look to the future.

Carlos Vergara: “The exhibition brings together a wide body of work. The large panels that were at the Museum of Modern Art in Rio de Janeiro (MAM) are here, as well as other paintings made during the quarantine, the shrouds and the sculptures. I also added two paintings from 1989 that were at the São Paulo’s Biennial, when I decided to dive deep into monotypes with pigments from the region of the Quadrilátero Ferrífero de Minas, to which I had been presented by my late friend Frans Krajcberg. In short, there is a lot of my life and energy here”.

According to Carlos Campos, head of marketing at Miintme platform, convincing Vergara to embark on the NFT adventure was a natural process. “Since the 1960s, when he began his work, he has been at the forefront of the Brazilian cultural movement. Vergara always brought new materials, he always had this concern with his art, he sought to innovate, bringing new reflections, new ideas. And with digital art and with NFTs it couldn't be different: he is once again ahead of his time, following this pioneering movement in digital art. Having artists like Carlos Vergara and Alexandre Rangel working with Miintme is a source of great happiness and pride for us. The two artists are not together by chance, and each other's story connects at different times. Each NFT was conceived and built with their collaboration, and I'm sure it's one of the most amazing projects I've ever seen.”

WHO IS CARLOS VERGARA:

Born in the city of Santa Maria, Rio Grande do Sul, in 1941, Carlos Vergara began his career in the 60s, when resistance to the military dictatorship was incorporated into the work of young artists. In 1965, he participated in the exhibit Opinião 65, at the Museum of Modern Art in Rio de Janeiro, a landmark in the history of Brazilian art, as he highlighted the critical attitude of the new artists towards the social and political reality of the time. From this exhibition the, Nova Figuração Brasileira was formed, a movement that Vergara integrated along with other artists, such as Antônio Dias, Rubens Gerchmann and Roberto Magalhães, who produced works with strong political content. In the 70s, his work underwent major transformations and began to conquer its own space in the history of Brazilian art, mainly with photographs and installations. Since the 1980s, paintings and monotypes have been at the heart of a journey of experimentation. New techniques, materials and thoughts result in contemporary works characterized by innovation, but without losing the identity and certainty that the field of painting can be expanded. In his trajectory, Vergara has held more than 180 individual and group exhibitions of his work.

WHO IS ALEXANDRE RANGEL:

Known as VJ Xorume, Alexandre Rangel is a multimedia artist, software developer and PhD in Visual Arts and Technology from UnB. According to musician Gilberto Gil, Rangel is “a creator raised to the square”, who developed the main tool of his artistic activity: an ingenious real-time video manipulation software that is being used by VJs all over the world: the “Quase-Cinema” program. The name is a tribute to the artist Hélio Oiticica, who used the expression to designate “a field of transgressive experiences within the universe of media or technically produced images and sounds”. As a PhD in Art and Technology, Rangel conducts academic research on artistic expression with software code. Currently, the artist is represented by the Metaverse Agency.