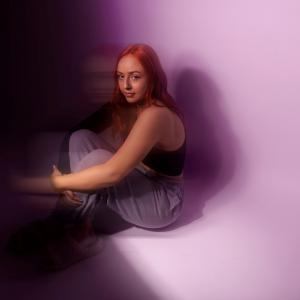 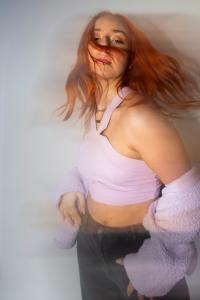 NEW YORK, NEW YORK, USA, October 22, 2021 /EINPresswire.com/ — Emerging young popstar on the rise, NYC's very own Liv Byrne, has released her new single ‘Mad at You’! A beautifully inspired alternative pop song with rock and R&B influence, this song dives into one of the beginning stages of leaving a toxic relationship – admitting you're upset with the way you're being treated and creating a space to take care of yourself in a nurturing way. This song is out October 22nd, 2021 and is the first in a long line of engaging new music expected from Byrne in the upcoming months.

Liv Byrne is a 20 -year-old singer, songwriter, and producer based in New York City. Originally from South Florida, Liv started writing and performing music at the age of just 11 years old, and ever since then has continued to shine. Her sound is heavily influenced by artists like Daniel Caesar, Ariana Grande, Jeremy Zucker, Blackbear, Alina Baraz, & Doja Cat. She writes in such an emotionally vulnerable way that listeners can connect to her music through their shared human experiences. Her thought provoking lyrics and deeply emotional and heart moving production is what makes Liv’s music so special.

Stream the song here, and keep up with Liv Byrne and all her new music on her website!