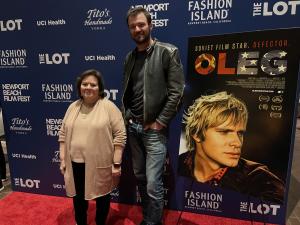 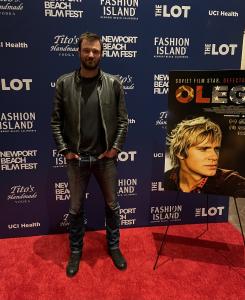 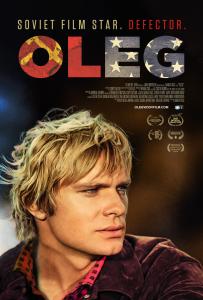 Theatrical one sheet of OLEG

The documentary is produced by Oleg Vidov’s widow, Joan Borsten Vidov, and features the voices of Brian Cox (Succession) as the film’s narrator and Russian-born actor Costa Ronin (Homeland, The Americans) who provides the voice of ‘Young Oleg’ in the film.

OLEG is a new documentary feature about the famed Soviet Russian cinema heartthrob Oleg Vidov, from award-winning Australian director Nadia Tass, made its Southern California premiere on Sunday, October 24, 2021 at The Lot at Fashion Island, in Newport Beach, CA.

Though celebrated as one of the Soviet Union’s biggest movie stars, no amount of fame could save Oleg Vidov from a system that tried to control his life. Born in Moscow, Russia during World War II, the film traces Oleg’s spectacular rise to stardom in the USSR and his three decades in Hollywood as an actor and producer following his defection from the Soviet Union in 1985. The film also documents the hidden side of the prolific Soviet film industry and gives a rare first-hand look at the privilege and corruption of the Communist regime. Oleg manages to escape in 1985 and secured asylum in the US. Once there, Oleg turned to reinventing himself in Hollywood, where he continued his film career starring in such films as "Red Heat" with Arnold Schwarzenegger, "Wild Orchid" with Mickey Rourke and "Thirteen Days" with Kevin Costner.

Costa Ronin, star of the hit FX Networks series THE AMERICANS and also of the award-winning series HOMELAND on Showtime Networks is next set to star in a new international thriller titled THE ENDGAME for NBC network. The new drama series is due out in early 2022. Costa was joined at the screening by his wife Leah Ronin.

Joan Borsten Vidov is the widow of Oleg Vidov, the subject of this bold and inspiring new documentary. The film was based on the soon-to-be-published autobiography of Oleg Vidov's life. Mr. Vidov passed away in 2017 following a brave battle with cancer.

For additional information, assets or to screen the film, contact: