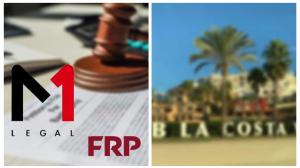 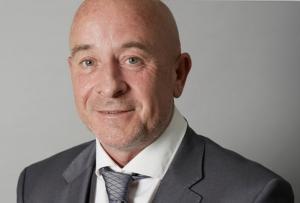 "It beggars belief when wealthy timeshare companies claim poverty in attempts to avoid paying their debts. Anyone with questions or any other timeshare claims enquiry should contact ECC's team”
— Andrew Cooper CEO of ECC

LONDON, OXFORDSHIRE, UK, October 28, 2021 /EINPresswire.com/ — BDO (whose role was officially a neutral one) seemed very reluctant to give way to the creditor's choice FRP, and an expensive legal campaign was necessary to dislodge them. BDO had not originally recognised M1 Legal's clients as creditors although this again was remedied by diligent legal actions by the M1 Legal team

The costs expended by BDO and their lawyers during this period of apparently neutral litigation amounted to approaching £400,000 with the result that the funds remaining to handover to FRP Advisory(FRP) to pick up the investigation were severely depleted. An M1 legal source opined: "It's almost as though CLC's spending was accelerated in order to leave FRP with nothing to use for their own investigations."

The low amount of money "in the pot" left the process in urgent need of funding.

M1 Legal have already footed a six figure bill to push for BDO to be dislodged and will continue their commitment by providing the support necessary in order to bring CLC to justice. FRP have appointed

Mishcon De Reya as their UK lawyers in the administration, who are also very conversant with this type of investigation.

M1 Legal have pledged to fund the ongoing administration until sufficient funds are recovered to allow FRP to ensure the investigation of this administration is given the resources it needs to make meaningful realisations for the creditors.

Administration to be extended

FRP have indicated that one of their first steps will be to request a 12 month extension of the CLC administration; a request which is expected to be welcomed by the creditors. The extra time is seen as necessary to recover the money that wasn't forthcoming during the BDO administration. M1 Legal sources are "fully confident" there is an enormous amount of untapped capital and finances to be retrieved on behalf of CLC creditors

M1 Legal are handling around 1500 claims against CLC, worth tens of millions of pounds and are confident of justice.

FRP have indicated that there is a lot of investigative work to do, and M1 are expecting them to uncover significant financial and other issues in the course of their investigation with numerous sources now providing information to the administrators .

Claims against CLC still going ahead

Club La Costa and their publicity agents (RDO, KwikChex and their subsites) are broadcasting the message that compensation claimsagainst the timeshare giant are futile, that there is no money and no chance of success.

"Clearly this is not true," says expert commentator Andrew Cooper, CEO of European Consumer Claims. "It beggars belief when wealthy timeshare companies claim poverty in attempts to avoid paying their debts. CLC receives tens of millions a year on maintenance fees, they own vast tracts of luxury property and there are many other healthy companies within the CLC group. It is insulting to people's intelligence for them to say there is no money."

Anyone with questions about the CLC situation, or any other timeshare claims/relinquishment enquiry should contact ECC's team for a free, confidential, no obligation chat