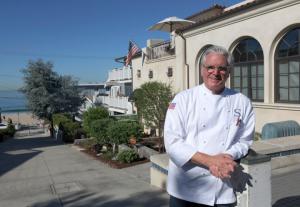 “We're honored to include David Slay, restaurant owner and chef into our BoLAA family.” ~Aurora DeRose

"As a premier award-winning chef, David Slay has earned a place on L.A.'s most fascinating people list," said DeRose.

The "Best of Los Angeles Award" community was formed six years ago and consists of over 7,600 professional members living and working in Southern California. It celebrates the best people, places, and things in Los Angeles with the slogan "No Ads. No B.S. Only the Best."

"The mission of the community is to celebrate the best of Los Angeles and allow its community members to connect with other members who share the highest standards of quality and integrity," expresses DeRose. "We're honored to include David Slay into our BoLAA family."

David Slay is a third-generation American restaurateur. The reputable chef first started his training at the age of 11 in his father's kitchen. Slay then apprenticed with classically trained European chefs in Las Vegas when he was 17, and at 20 opened his first restaurant, a 26 seat French café with no liquor license, because he was not old enough to get one.

His meticulous attention to detail and focus on personable service as a successful restaurateur has deservingly earned him the success of several restaurants and, in 2017, Slay Estate and Vineyard.