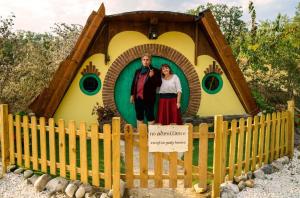 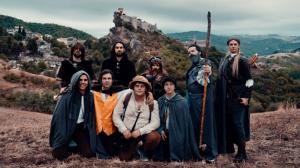 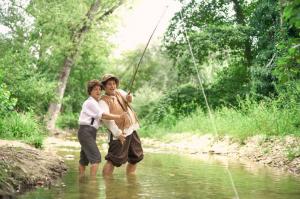 The project "La Contea Gentile", an enchanted place suspended between dream and reality inspired by the saga of JRR Tolkien.

The magic resides in the little things, and we firmly believe in this.”
— Nicolas Gentile

BUCCHIANICO, ITALY, November 9, 2021 /EINPresswire.com/ — Sometimes even the most unthinkable dreams come true, if they are really believed. Especially if there is a real Hobbit like Nicolas Gentile – a thirty-seven year-old from Bucchianico, a small town in the province of Chieti, passionate about fantasy sagas from an early age – gentle, tenacious and determined just like the "half men" of the imaginary people protagonist of the novel "The Lord of the Rings" by JRR Tolkien. Why Nicolas, when he takes off his clothes as a pastry chef and geologist, really lives like a hobbit: he dresses like a hobbit, thinks like a hobbit, eats like a hobbit. So why not also build a “smial”, a typical house of Tolkenian half-men, in which to live? And why not also a real enchanted shire, made of many hobbit houses, where to live and share a peaceful and convivial life together? This is how Nicolas began to give shape to his apparently impossible dream of bringing to life a world that does not exist, creating the project "The Gentile Shire". Today that dream could become real thanks to the crowdfunding campaign launched by the brave and tenacious Abruzzo hobbit on Indiegogo entitled “Let's build the Gentile shire by Nicolas Gentile”. An ambitious but concrete project, of which a prototype of a hobbit house already exists, it was built on a land of over 2 hectares surrounded by the beautiful and serene hills in the Chieti countryside, a land that in the future will have to host the entire Gentile Shire.

“In the famous saga of the writer JRR Tolkien, "The Lord of the Rings,” says Nicolas “The Shire was a wonderful place, bucolic and rural where the hobbits lived, an imaginary people described as a peasant people who lived in characteristic basement houses with round doors and windows. Our project to build La Contea is divided into two parts: the moral, more ‘human’ and intimate, and the architectural and experiential one. As for the practical aspect, we will build a Great Hobbit House, with corridors, guest rooms, lounges, dining rooms, rooms where you can stay and experience the true comfort of the Hobbits, plus another 4 smaller hobbit houses scattered among the meadows and woods and joined by paths and hedges and fences always used for overnight stays.”

In short, it is a true reproduction of Middle-earth, which, however, will not be a simple re-enactment of that of the novel, nor a tourist village. The Gentile Shire should rather be “…a balm for the spirit and for human relationships, simple and pure ones,” as Nicolas likes to repeat. Because, “…living a life as a Hobbit, after all, is nothing more than going back to living the days with more slowness and awareness, giving value to being together, to eating seated all together at the table, to telling stories in front of a fire, to mutual empathy and to the enhancement of good feelings, today mistaken by many as attitudes of weakness, or worse, fake behavior. The magic resides in the little things, and we firmly believe in this,” Nicolas adds. And this is precisely the charm and strength of La Contea Gentile project: believing that an enchanted world, different from today's one, can really exist, a world where one can live in a simpler and more human way, recovering a lifestyle that is truly on a human scale. Or better, a half-man.

For more information, visit the crowdfunding campaign on Indiegogo.